What is VoNR, ViNR? Why it's so important for MNOs' 5G networks?

What is VoNR 5G and ViNR 5G? What is its market size?

5G networks, specifically NSAs being deployed across the globe by many Mobile Network Operators (MNOs) to benefit from low latency and high data throughputs but what are the next big features in 5G? Next prominent features that we can expect in 5G SA are Voice over New Radio (VoNR) and Video Over New Radio (ViNR), which have become the spotlight among MNOs to facilitate calling and video services to their customers with the utilization of fifth-generation network.

As we all know, 5G comes with a unique characteristic to deliver responses at a minimal time i.e., less than ~1ms, and quick exchange of data signals results in improved sound and picture quality. But what makes it different from other legacy calling and video services? This new-age technology is enabled with low-latency feature with an enhanced audio and video quality and that is what gives its users advanced immersive calling experiences. To be in detail, VoNR 5G is a calling service that utilizes 5G StandAlone (SA) architecture for voice processing whereas ViNR 5G is a video service built on 5G SA to enable customers with high resolution video quality. Global operators are using SA architecture that is being considered as one of the primary networks for future 5G networks. They are putting down efforts to build network configuration and upgrade capabilities of VoNR calls and ViNR video qualities. 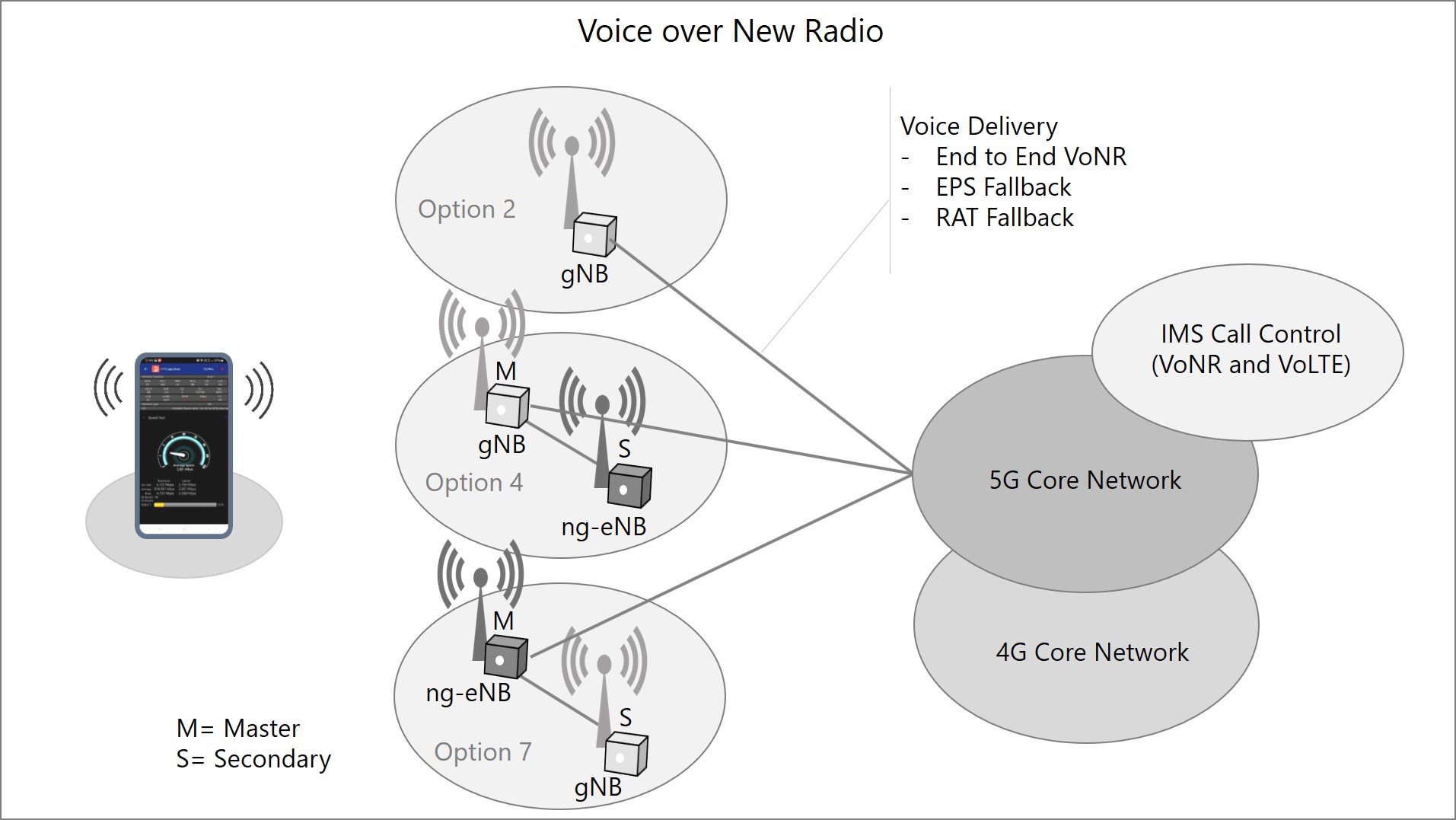 With the growing demand for high bandwidth-based internet protocol and low latency in voice calling, Vo5G (supports audio/voice as a crucial component for a variety of services and apps for consumers and industries) is expected to grow in the coming years where North America would be leading the space having 29.1 billion USD during the forecast period 2018-2023. Further, Asia-Pacific and European regions are likely to witness growth at Compound Annual Growth Rate (CAGR) of 77.7% and 69.3% respectively during the period due to increase in implementation of advanced voice solutions in real-time communications in the IoT (Internet of Things) sector. In Europe, Germany and the UK are forecasted to become the leading players in the market, in supporting the demand for VoNR from European 5G subscribers and other IoT consumers.

Today’s generation is almost dependent on technology for communication and other critical works where Voice over NR 5G and ViNR 5G are playing pivot roles in facilitating with benefits and opportunities as given below:

Development of 5G networks with Voice over technology

In 2020, T-Mobile joined hands with Ericsson and other industry leaders to showcase the first 5G SA networks enabled with VoNR and ViNR services. Reliable and powerful wireless networks have always been essential and is a great milestone in telecom industry to step forward with the development of 5G technology. Standalone (SA) 5G clubbed with deep and broad networks will be a huge leap in the wireless industry transforming it in a positive way and promoting adoption of 5G services. Now, as 5G is being rolled out globally, operators are preparing for the next level to build Standalone (SA) 5G to deploy VoNR and ViNR services on a large-scale.

Innovations through 5G technology is becoming quite interesting with each passing day. No doubt, this new-age wireless network has generated numerous use cases such as Industrial IoT, VR/AR, uRLLC, it will also drive the quest for not only new services but also present-day services such as voice and video services to evolve to VoNR 5G and ViNR 5G side by side of the 5G network. Development of 5G has already gained momentum with focus on establishing non-standalone and standalone network. Compared to SA network, NSA network is cheaper and faster with less time to market as it is built on the existing LTE networks with a feasible option to start deploying VoNR solutions on the latter. Progressing with 5G networks, both these technologies will advance at a rapid pace with scalability and super flexibility in new-age services. With increasing demand for voice and video services among consumers and businesses, it's important for MNOs to invest in such technology and are performing live experiments/testing before making it commercial worldwide and enable their users with an advanced quality of voice/video experience.